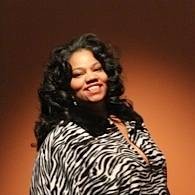 Developing and producing “Becoming Othello: A Black Girl’s Journey,” a exploration of her journey while taking on the role of Othello, which will include a memoir, a published script, and a one-woman touring show.

[email protected]
Back to Top